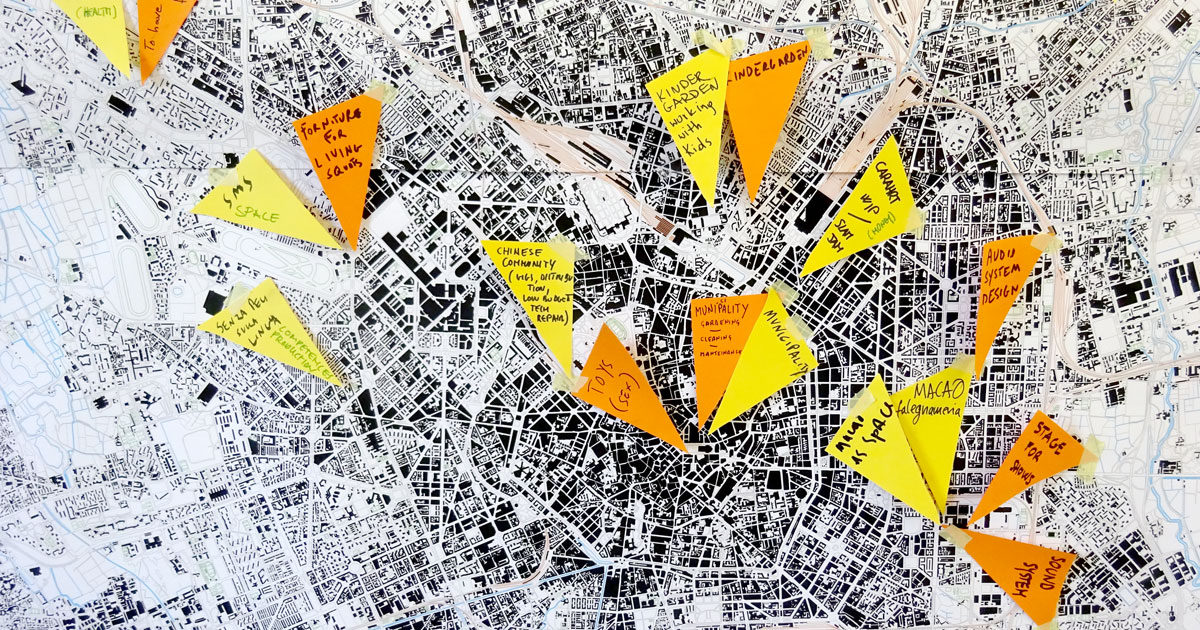 The Milano Design Week & the Desire Week at MACAO

After around 30 years of working as a designer I visited the notorious Design Week Milano for the first time. I went there, because I was invited to participate in the Desire Week at the cultural center MACAO, together with my colleague Matteo Moretti and students of the MA Eco-Social Design. MACAO is situated in a squatted building in Milano, where they develop manifold socio-cultural activities with an political attitude, underpinned by community economies.

Before I summarise my experience at the MACAO Desire Week, I would like to waste a few lines on the Design Week, which I visited only as collateral activity – for the sake of contrast. It confirmed all my prejudices. I perceived it as a cutting-edge collection of obsolete things, which are manifestations and fetishes of harmful lifestyles – “imperial ways of life” [1]. In the midst of this you can find very nicely made stuff and smart strategies. The nice stuff can be summarised under the claim: optimisation of the wrong [2]. And the smart strategies target (hidden) desires of people, and appropriate concepts and words, which are used by social movements and other progressive forces, who really engage in transforming societies towards more sustainable, resilient and just cultures and economies.

The very few projects I noticed at the Design Week, which seriously engage in eco-social and political issues, in the total context appear like little alibis – good for the image, but not central. They might make people feel good, without changing anything in the business as usual. It’s a mix of strategies: green washing plus plausible deniability – do some small green and social things, present them prominently, so at a glance it seems that you really invest in “saving the world”. Apart from that, continue business as usual. Most people won’t look deeper anyways. 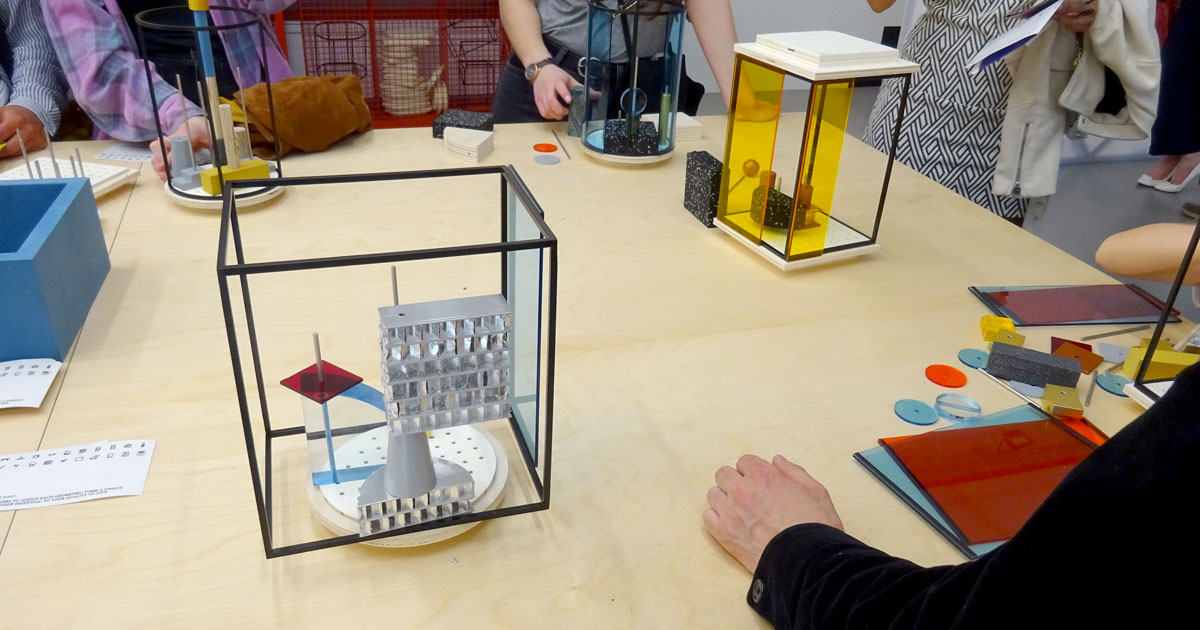 One example is the showroom of the car brand MINI, which did not show or mention cars at all. Instead it pointed to socially and environmentally sustainable ways of living and working together. Buzzwords were: Community and participation – all under the brand of “MINI living – built by all“. Real participatory practices and their challenges weren’t tackled at all, instead nicely designed sets of building blocks were offered, with which visitors configured sculptures in a dollhouse-format. These were customized by applying stickers with trivial icons for presumed components of standard lifestyles. Infantilisation and gamification instead of participation. 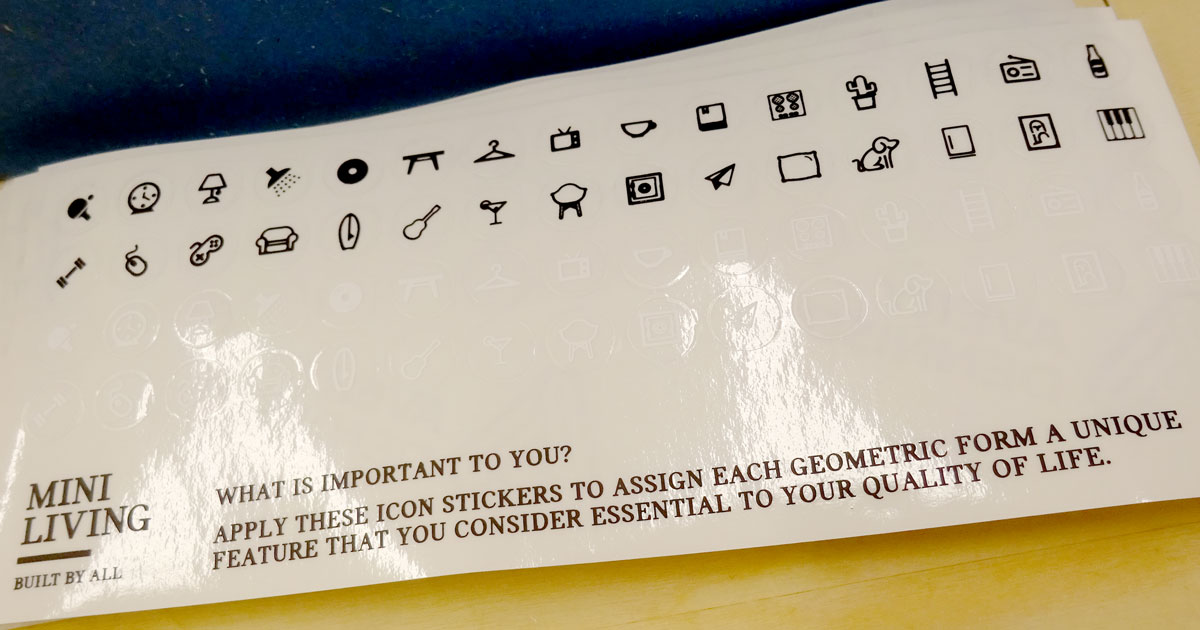 The other “active participation” of visitors was compiling the catalogue by only selecting the pages they were interested in. Freedom of choice within a range of predefined offers – like in front of shelves in a supermarket – not really a co-design process! If you want to learn about participation, co-design and community-building, go anywhere, but not to MINI living or the Design Week in general. 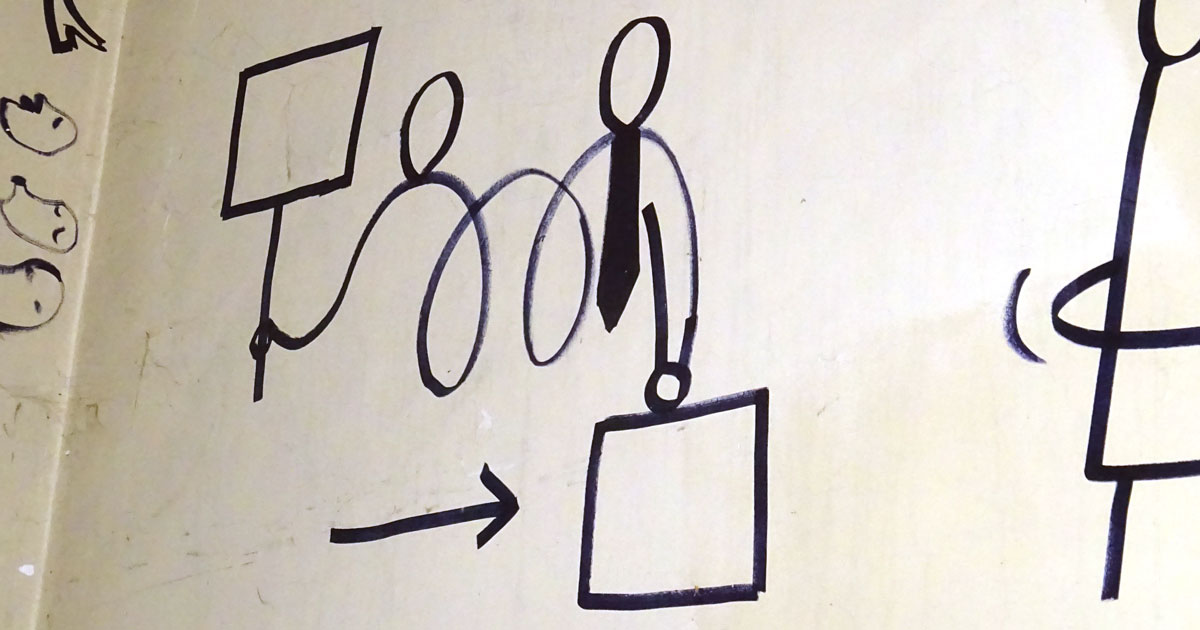 At the center of the program is the initialisation of the Falegnameria, a newly built carpentry workshop, where refugees and others work together. Falegnameria wants to create meaningful and paid work, while facilitate social inclusion. The work during the Desire Week was supported by Fabrizio Urettini, who developed the initiative Talking Hands, which is doing similar activities in Treviso. 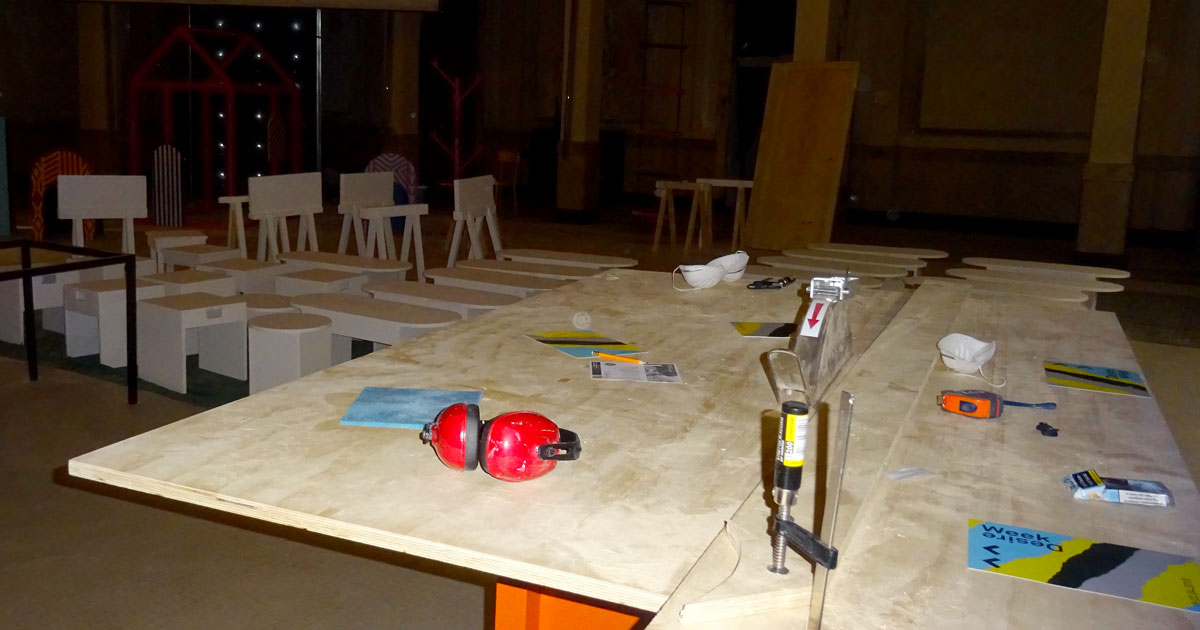 Fabrizio has a background in graphic design. In the Simposio, where he presented Talking Hands, he said: understanding the situation, issues, people and potentials, taking care of people, of organisation, of partnerships comes first, and then comes design. I regard all this together as an extended design process, almost always required in eco-social design, which does not act as a service for marketing and product-service innovation, but takes positions, and thus requires to invest not only in shaping form, but also sense and social practices. This does not mean that traditional qualities of design are obsolete. Aesthetics, functionalities and details do make a difference, also as catalysts in processes of eco-social transformations. But it depends on what you make of it! 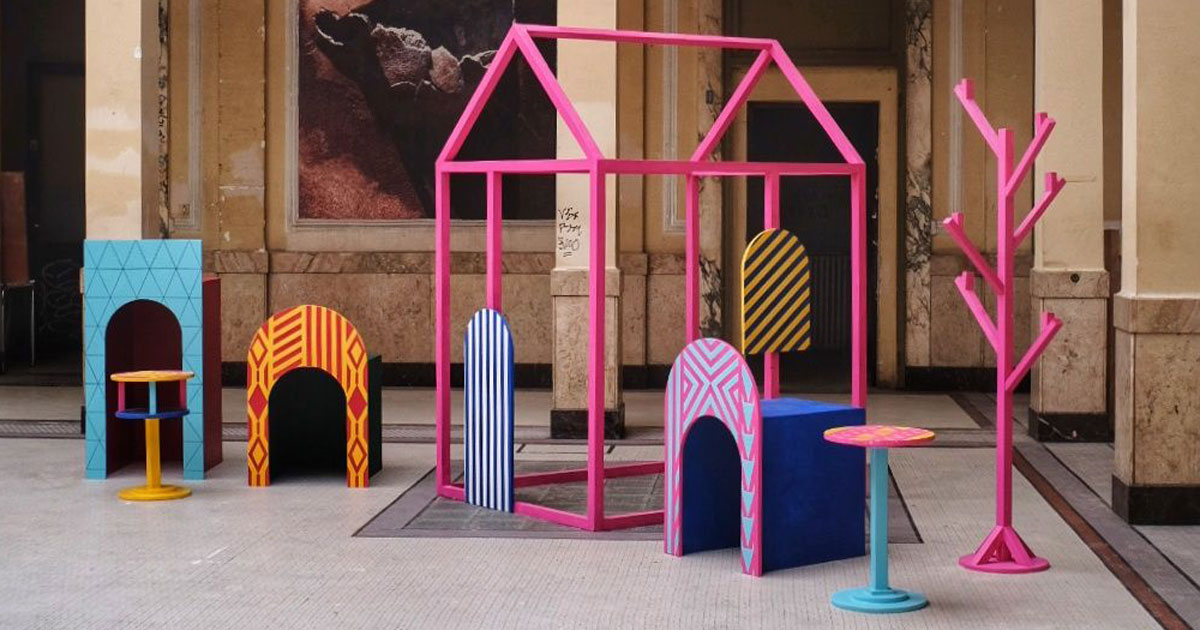 Around the ongoing Falegnameria the people of MACAO organised several activities, among others the previously mentioned symposio – an occasion for dialog and reflection with diverse people, who have something to show and to say related to immigration, social inclusion and new work. Some guys of MACAO showed their recent short documentary about three projects that handle immigration in Greece not as crisis, but as a societal challenge, with creativity, wit, struggles and beauty. A Moroccan lady, together with Maddalena Fragnitom, introduced the initiative Senza peli sulla lingua: women, who produce T-Shirts with claims and questions regarding the role of women. Quite punchy, also funny (buy them here). Another women presented an Safe Passage by Drifter’s Project and Lesvos Solidarity, which produces bags from life jackets of refugees, which arrive on Lesvos. Matteo Moretti showed his web-project Design for Migration. And I presented the Collaborative Mapping I facilitated the day before (slides PDF). All this was followed by a discussion, which was interesting, but also a bit confusing and tiring. But it was late, after a long day, and an intense period for all. So naturally concentration levels were low. Time to relax, to drink and to enjoy nice company. 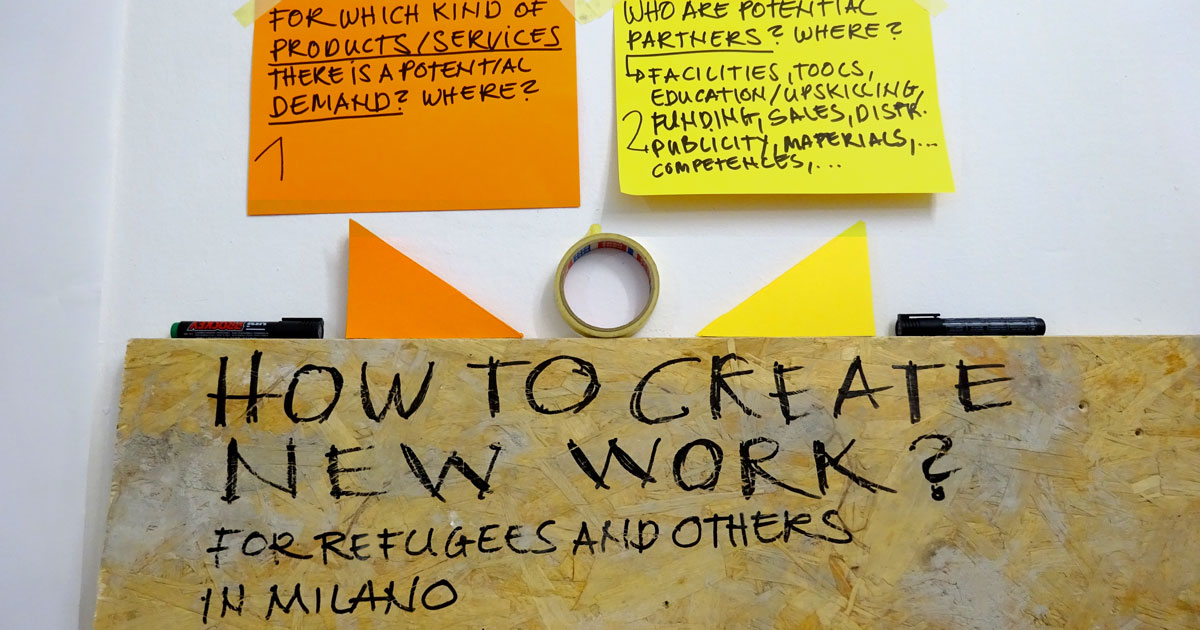 How to create new work? In Milano for refugees and others. 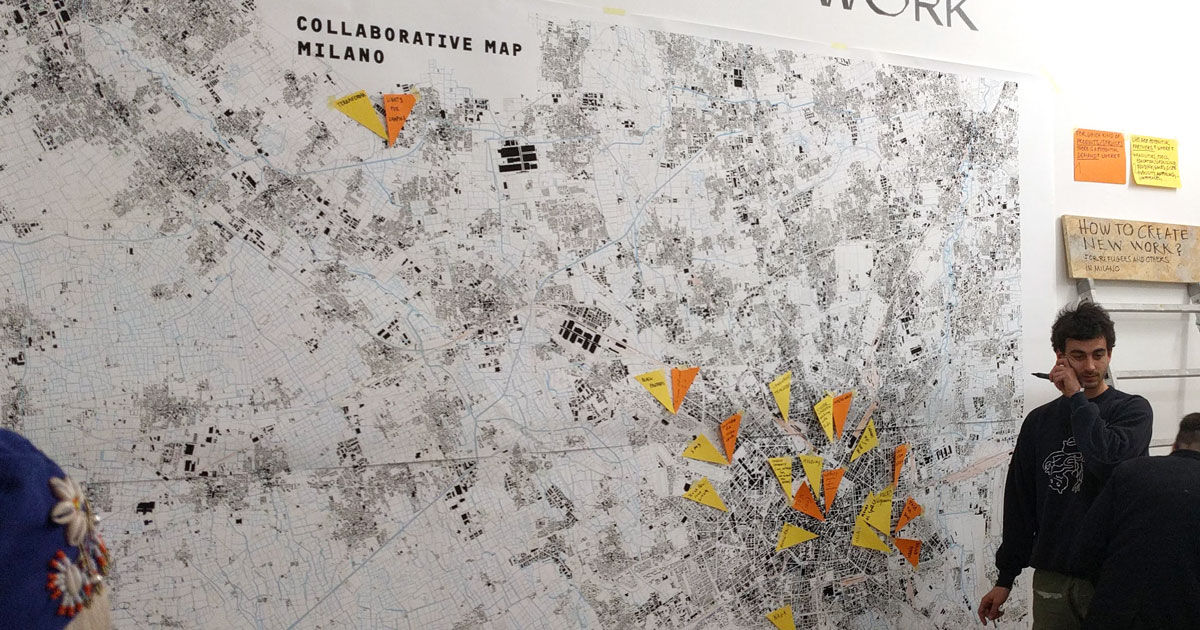 The aim of any collaborative mapping session is to gather knowledge and ideas of diverse people on a given issue. In our case the main question is: How to create new work? In Milano, for refugees and others. My role was to develop the method, to design, deliver and setup the tools, to plan the session with my partners from MACAO, and finally to facilitate the session. The people of MACAO wanted to invite actors from Milano, who are competent regarding the situation of refugees, or who are able to contribute relevant resources and competences. I suggested to invite people with very diverse backgrounds, from: bottom-up initiatives, big institutions like Caritas, public administration and services, craftsmen, companies, big brands, etc. This was not done, because the MACAO crew was already overwhelmed by organizing the Desire Week (additionally to their daily challenges in managing the spaces and activities with a grassroots approach). Thus, we made the session with the people who were there, who anyway were more or less competent in the questions, but came all from a similar background: leftist bottom-up initiatives. We did two rounds, each mapping answers to one question:

All participant wrote answers to each question on colored paper triangles (orange for the 1st question, yellow for the 2nd). They placed on a big map of Milano, where location matters, others were just stuck on the wall. At the end we discussed what we saw, we started to create clusters, to develop ideas (see big images below), and to think about next steps. 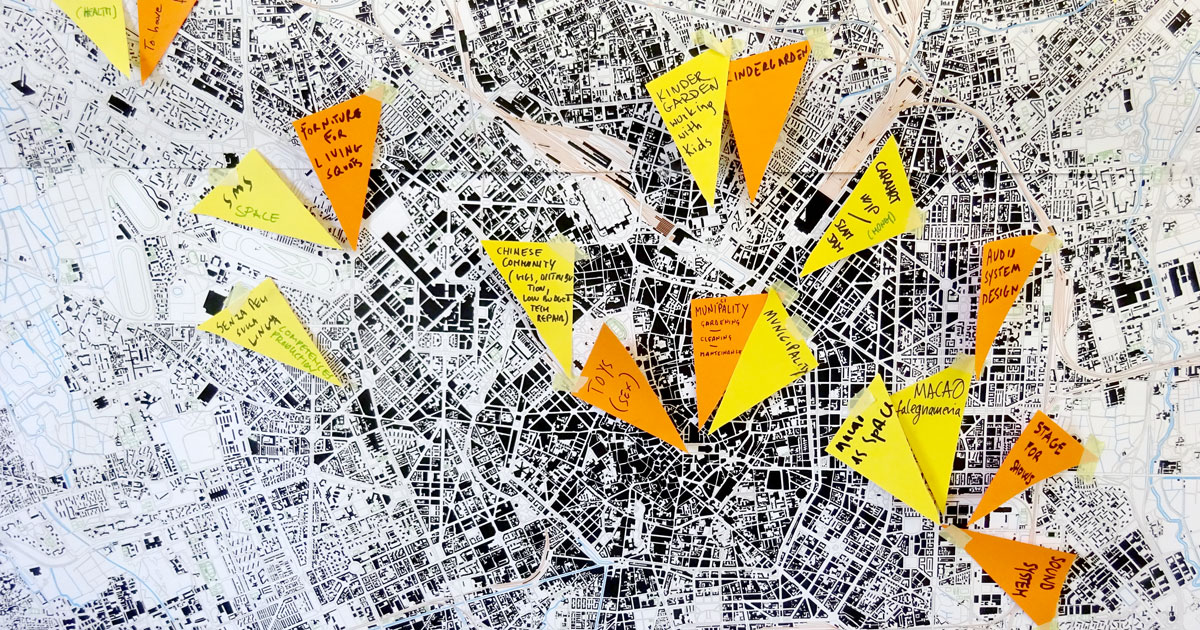 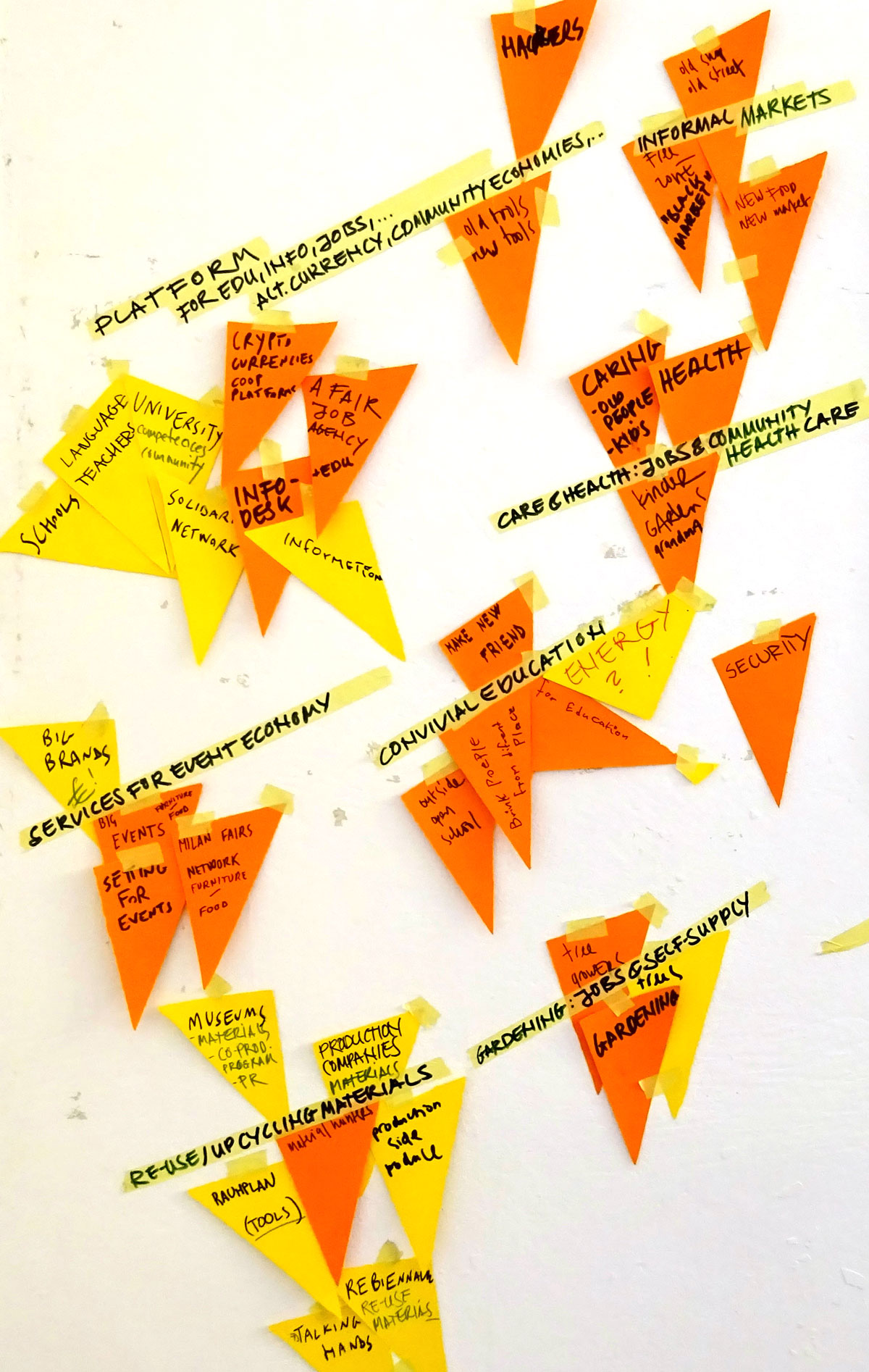 I see our mapping session as a first exercise, a test. For the next session i regard as important to invite more diverse people, with diverse competences and perspectives. This boosts the potential to create networks and ideas, which are stronger. I felt a bit of resistance from some of the MACAO people towards opening up in such ways. Like for most people for them it seems to feel more natural to stay among the peers (grassroots initiatives), and I also sensed a bit of “ideological separatism” in the air. The tendency to stay within the same group is very common (not only among leftist grassroots movements). I am convinced this is a barrier for eco-social transformations on a bigger scale, and has to be overcome. This does not mean that actors have to give up their values and their identity, but be open enough to actively join forces on specific projects, based on their particular interests to engage in a specific issue (not necessarily based on the same interests, or even shared worldviews). I think the people of MACAO can to this, because I experienced them as intelligent and agile.

In case you want to make a collaborative mapping in Milano, here are all files (map PDF + source files; all copyleft, apart from the font). A big print of the map is at MACAO. Ask them, if you can use it. Let me know, if you need any advice on how to do it. 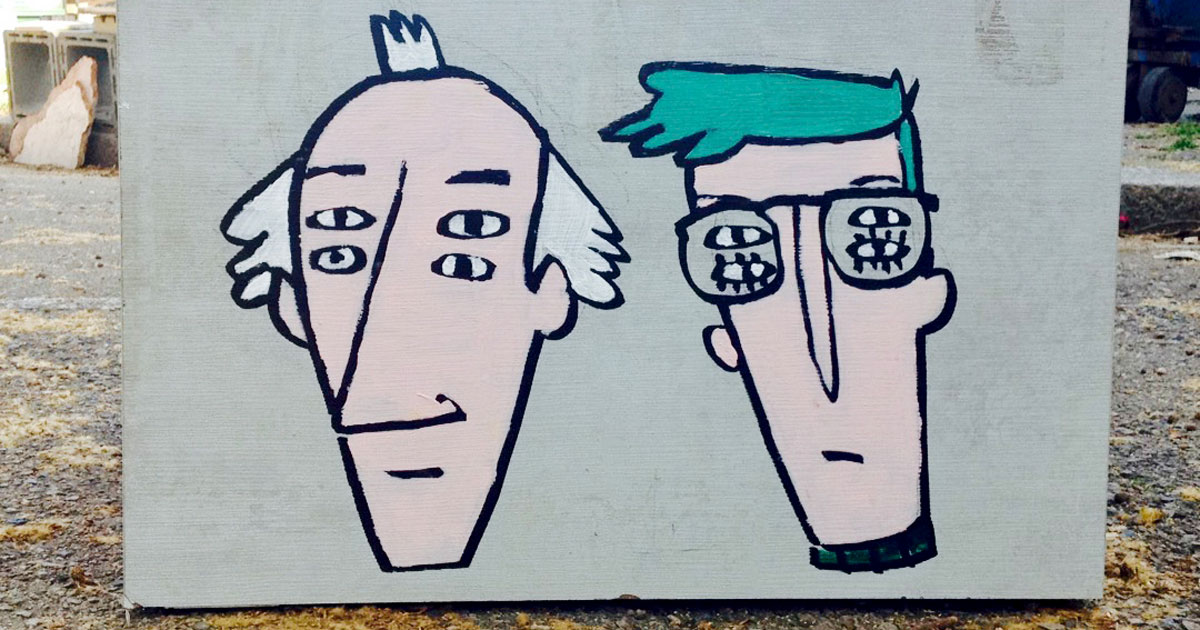 See what needs to be done, and do it

Some students of our study course were hosted by MACAO for a few days. They wanted to help on the Falegnameria and other things. At a certain point one of them said: “Here is little to do for us” – because apparently nobody told them what to do. Later they found things to do themselves. They observed that the yard was a mess. So they cleaned it, built some improvised furniture, and added an illustrative element. I think this is a much needed attitude: don’t wait until someone tells you what to do, see what needs doing, and do it together with others. Then enjoy :) 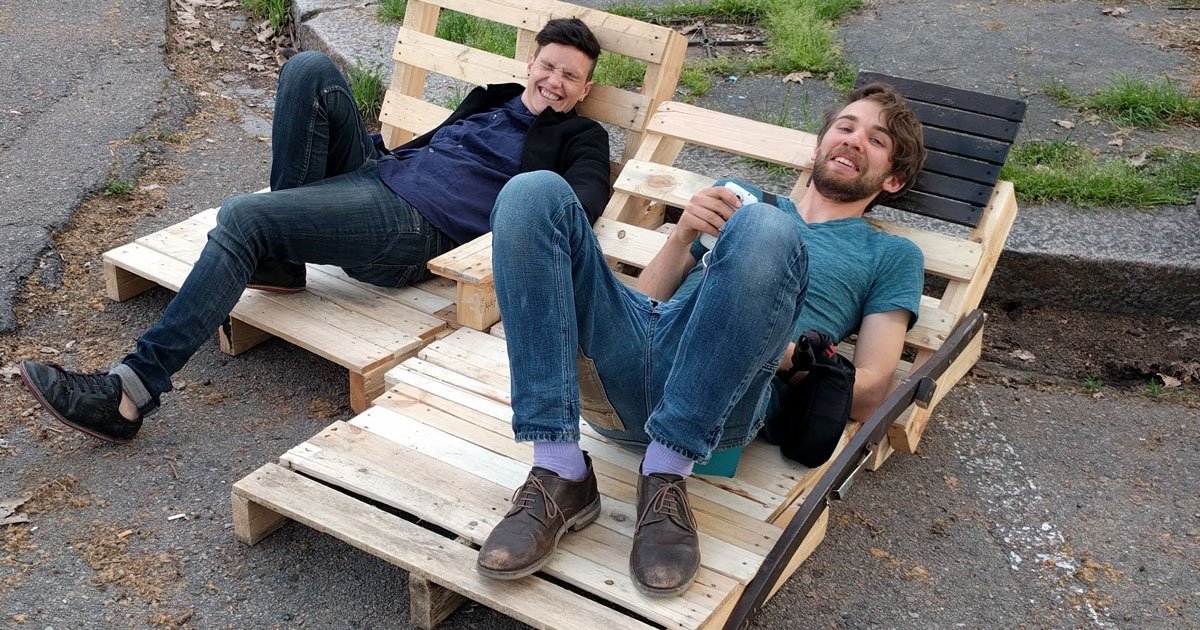