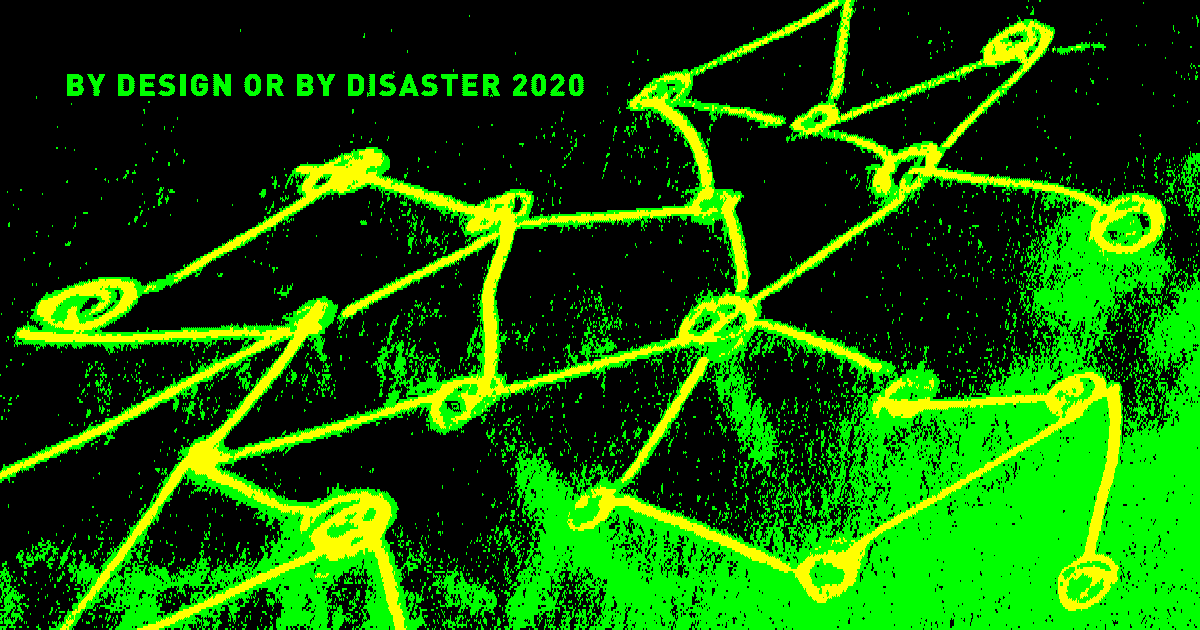 This series of conferences is co-developing with the Master in Eco-Social Design. It is an opportunity for a lively exchange on the creative practices contributing to social-ecological transformations. Both speakers and participants come from diverse fields of practice, ranging from progressive local farmers to internationally acclaimed designers, researchers and activists. The conference offers a mix of inputs, collaborative formats and excursions in a convivial atmosphere (get in an impression via the web sites of the 2016, 2017 & 2018 conferences). Special feature 2020: Network session of alumni & students of study courses for social-ecological transformation: Transformative study programs unite! This year the conference will be connected to the festival hier & da – gut leben im ländlichen Raum / il buon vivere nelle zone periferiche in Obervinschgau / Alta Val Venosta again.

The aims of the social-ecological transformation are clear enough: keep global warming below 1.5°C; foster biodiversity, functioning ecosystems, soil fertility, care, commoning and democracy; and reduce the extinction of species, externalisation, exploitation, inequalities, injustice and alienation, etc. In other words, establish cultures and economies that provide the possibility of a good life for all humans and other living beings, worldwide, now and in the future. Connected radical niches, change from within bigger structures, making things public and protest, technological innovation, and other transformation strategies all have strong and weak points (see below). How can elements from diverse strategies complement each other to minimize risks and maximize the momentum for a profound and quick enough transformation? The conference will tackle these questions, specifically concentrating on transformation processes in which designers can play roles. In particular, we will look at what can be done within the European landscape, while taking into account the interconnectedness with humans and other living things from other geopolitical regions, globally.

We are asking the following people and groups to contribute to the talks and workshops: I.L.A. Kollektiv (confirmed) on pathways to solidary post-growth, Armin Bernhard (Obervinschgau/Mals) & Carolin Holtkamp (Uni Innsbruck; both confirmed) on the strategies for radical change in Mals / Obervinschgau, Saskia Hebert, Andreas Unteidig and/or Corinna Sy on transformation by design, Extinction Rebellion (Sina Kamala Kaufmann) and/or SolidariTree on protest and progress strategies, the local FFF and Scientists for Future, the Center for Political Beauty or Peng! Collective on political art tools and strategies, Bruno Latour, Harald Welzer or Maja Göpel on transformation theories and strategies and Anna Meroni (confirmed).

We cannot afford to invite all. Which are your preferences? Who else would you like to hear, see and work with? Suggestions welcome. Requested, but not available: Elisabeth Shove, Jennifer Gabrys, Tilmann Santarius, Harald Gründl, Kathe Rich and Laura Centemeri.

Speakers and participants will work together on answers to these questions before, during and after the conference — each focussing on specific contexts, frames or scales, also quite small ones. Small is beautiful, but let’s always keep in mind interconnections and transformative agencies within the whole, because at the end a great transformation is required. Ever-present question: What are designers contributing, and what else could or should they contribute?

Transformation strategies designers are contributing to:

Many future viable alternatives are developed in niches. Their size and structure allow to be radical, experimental and to adapt quickly. They often are building upon situated knowledge and peer-governance, and are trying to move towards decommodified and non-dominant relations among humans and between humans and nature. Niches interconnect to learn and to strengthen each other, and to minimize risks, among others the risks of being co-opted or marginalized. Even if these distributed structures are increasingly well-interconnected, their agency might not be sufficient to get the transformation done in time on a larger scale.

Others are trying to change the system from within its big structures, in corporations and institutions. Small changes there have a huge impact. But the long leverage comes along with the risks of becoming appropriated, of losing direction and focus, of making the system more agile and eventually “greener” without really changing its dynamics of exploitation and externalization, and thus, optimizing the wrong.  Rules and incentives of the current economic system make it hard for (big) businesses to work for the common good. The business models and power structures of the big players in the globalized economy make them path-dependent and resistant to change. But changing them seems to be necessary to get the transformation done in time.

Protest and other ways of making things public influence debates and attitudes. Social movements show how powerful this can be. But in the end, it’s decisive that changes happen in politics, institutions, businesses and daily life. When social movements don’t get to this soon, they risk running out of breath.

Technological approaches are powerful today. But alone they might not be enough for succeeding in the great transformation for a variety of reasons: they are driven by interests of extremely powerful actors and accessible primarily for the more privileged and rich; even the most promising technological solutions in history showed “collateral damages” later; so far no country managed to decouple economic growth from resource intensity and environmental destruction, among other because of the rebound-effect – the phenomenon that more efficient technologies lead to more extensive usages, which overcompensate the efficiency gains (example: motors became more efficient, but more people drive more kilometres with more cars, which are more highly motorized, bigger and heavier). Therefore, technological progress without cultural and political progress won’t do the job. Depending on how technologies are designed, distributed and governed, technologies can be instruments of domination for the few, or of emancipation and empowerment for many.

Clearly, these are not the only strategies of transformation to which designers are contributing. To just mention a few others: circular economy, green and ethical consumption, sustainability education, change of attitudes, social imaginaries and practices, the creation of resilient structures, of spaces and instruments for democratic processes, participation, peer-production, etc.

The global policies and politics related to sustainable development are not mentioned, because designers barely have any role in international political negotiations such as in the United Nations Framework Convention on Climate Change (UNFCCC), which is the basis of the Conference of the Parties (COP) resulting in the Paris Agreement in 2015, or the Sustainable Development Goals that have been formulated by the UN in the same year.

While the formulation of general goals has been relatively successful, the resulting transformation policies and actions stay within the business-as-usual of the current economic culture. In particular, wealthy societies and privileged actors tend to maintain the status quo. Only under pressure, significant changes seem to be possible. Within this type of societies, pressure comes mainly from big business/finance and their lobbies on one side (for example regarding the digital transformation), and from social movements and their supporters on the other (for example the climate movement). Decisions are often compromises and changes are correspondingly slow. Too slow to get the great transformation done in time. How can change processes become quicker, without sacrificing civilizational achievements like civil rights and liberties, rule of law and democracy? To the contrary, how can progress actually build up upon these achievements to move towards truly solidary and open societies? Which democratic forms of decision making can be activated? How can all this be done without fueling authoritarian actors and ideologies even more, but to the contrary withdraw their foundations and push them back?

We are very happy that the Hans-Sauer Stiftung will sponsor the conference again. Not only, because we need the money, but also because it is the only foundation to our knowledge, which focusses on supporting and developing Social Design as you can see on their web site socialdesign.de.